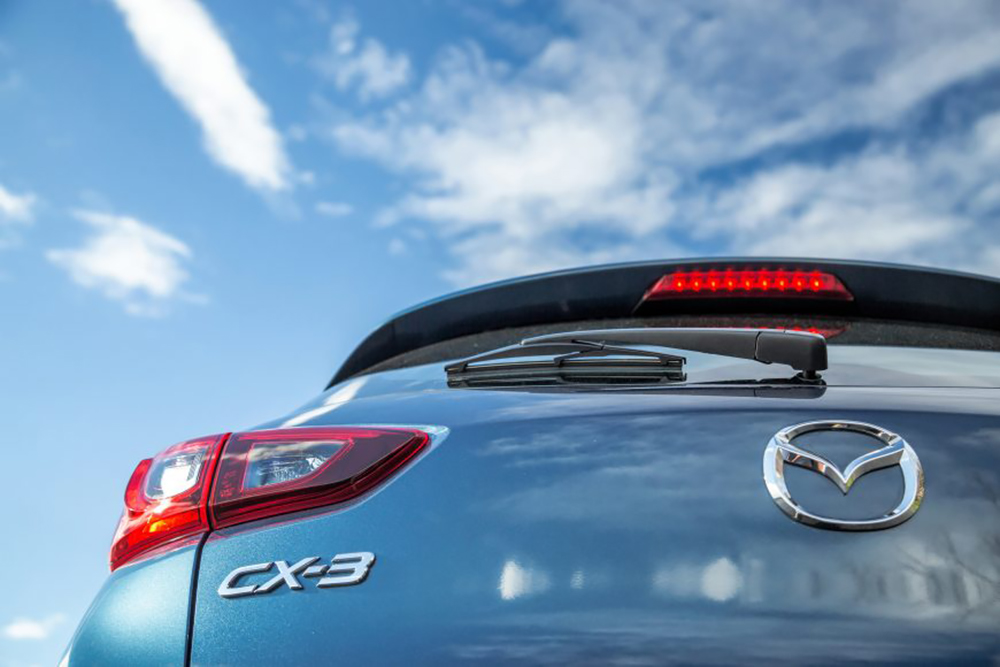 Australia’s SUV obsession has exploded in recent times and manufacturers are creating niches to cash in wherever they can. This has spawned a light-to-small vehicle in 2WD guise, raised a few centimetres and with a touch of plastic on the guards to create that SUV look.

The CX-3 is the undisputed king in this category, notching up multiple wins and a previous judges’ choice award since it was released to the market and is the vehicle by which others in this category are benchmarked.

On paper, there isn’t much between the three finalists in terms of engine outputs. The CX-3’s 2.0-litre has 109kW and 192Nm and is coupled to a slick-shifting six-speed auto in a combination that outshines the other finalists. Add to that the best fuel economy, if only by a whisker to the Honda HR-V, and the CX-3 starts to look unstoppable. Engine noise does intrude the cabin when the engine revs rise, but this is expected in this class.

Sharp pricing sees the Maxx variant similar to the entry level models from Honda and Hyundai. This allows a smarter and more premium feel for the CX-3. Mazda trumps the HR-V and Hyundai Kona in the all-important safety stakes. The CX-3 range is fitted with forward and reverse Smart City Brake Support. Additionally, Maxx grade and above get blind spot monitoring and rear cross safety alert, none of which are available on the HR-V or Kona in the grade assessed.

If size matters to you in this category, then the CX-3 might not be your first choice. While front occupants are well catered for, everything behind the B-pillar is cramped to the point you might not get a rear adult passenger in if the driver is too far beyond six-feet tall. Similarly, the cargo space is on the small size, especially when you look at the big boys in the category, the HR-V and Nissan Qashqai.

Inside, the CX-3 gets a modern and classy finish. Judges thought the command control for the info-tainment system was first rate and easy to use. Interior materials feature a combination of hard and soft finishes to a much higher standard than you might expect from what is essentially a light vehicle.

Ride quality doesn’t quite match that of the HR-V, although it was difficult to split the CX-3 from the Kona in this area. Handling has always been a hallmark of the Mazda and the CX-3 lives up to expectations in this area. Steering is well weighted and precise, making the Mazda a great all-round drive.

The CX-3 also has an extensive range of variants including a 1.5-litre turbo diesel and AWD with either engine package. 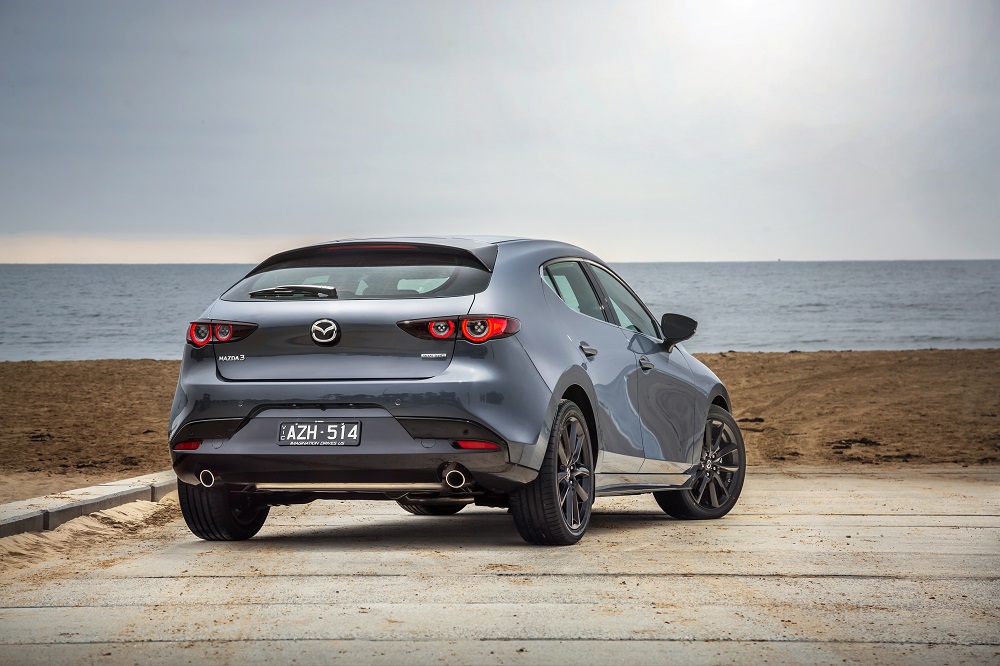 As the single biggest-selling category of vehicles in Australia, small cars remain a favourite among Aussies looking for affordable, practical and high-value motoring. They made up almost 20 per cent of the total new car market in 2017 and, as you’d expect, the ferocious competition in this segment has been great for consumers.

Mazda fired a significant shot across the bows of the competition in July 2016 when it made a number of important safety features standard across the range. These include autonomous braking, blind spot monitoring and rear cross traffic alert – the latter being a particularly useful daily driving safety feature.

Some of the competition is still catching up on this aspect alone. However, this was just one of the reasons it nosed ahead of the pack in Australia’s Best Cars 2018. The Mazda3’s build and finish remain class-leading and, at $27,000 drive away, it’s as close to premium as you’ll get without paying premium small car prices.

The features that add to this are the quality of the materials and the neat, solid ways they’re put together. They’re all pleasing to look at and touch, without being ostentatious.

The functionality of the interior and its controls, and the ease with which people can interact with them, has long been a targeted area of design for Mazda. This is clearly evident in the intuitiveness of the controls. The driver’s relationship to the major controls, being the steering wheel, pedals and gearshift, also remains best-in-class, making the Mazda3 very strong in the area of ergonomics.

Mazda’s focus on driver involvement, even in a high-volume car such as this, is also one of this car’s stand-out attributes. Mazda’s G-vectoring control, which manages the engine’s torque during cornering to improve handling, is just one of the features that contribute to its rewarding on-road dynamics.

The Mazda3 excelled with minimal fuel consumption, claiming 5.8L/100km. It’s important to note the Mazda3 still only requires 91 RON fuel, unlike some of its competitors that require the significantly more expensive 95 RON premium fuel and consume it at the same rate.

It’s also clear Mazda has been working on getting road and engine noise intrusion down, which along with all the above, has helped push the Mazda3 to the front of the pack by a comfortable margin in Australia’s Best Cars 2018. European makes currently dominate the Small Car Class over $35,000 and, for many buyers, it is their first step into the prestigious world of luxury car brands. The category represents a relatively small but highly competitive field of premium grade compact cars. The BMW 125i M-Sport started out as defending champion and, after all facts and figure were closely analysed the classy 125i managed to retain its crown, despite some tough competition from Audi, Volvo, Mercedes, Renault and Alfa Romeo, with Lexus and Toyota flying the flag for the Asian brands.

The 1-Series follows BMW’s traditional, beautifully balanced driveline configuration with a front mounted longitudinal engine, mid-ship transmission and rear-wheel-drive, in a class packed with front-wheel-drive models. In recent times, BMW 1-series buyers have preferred to pay a little more for the extra power and better equipment in the mid-spec 125i M-Sport model, making it the top-selling version in the range.

There is a touch of sporting elegance and refinement about the 125i M-Sport 5-door hatch, both in the way looks and drives. The distinctive body styling and interior presentation are smart, BMW uses high quality trim materials, and there is a pleasing attention to detail in the fit and finish. Continuing the slightly sporting character, the 1-series has a cockpit-style cabin layout. It’s a touch tighter on space than some of its peers and is probably best described as cosy rather than cramped. Well-contoured front seats, with a wide range of adjustments, provide great comfort and support.

The 125i hatch is a superb everyday drive, with the technically sophisticated 2.0-litre bi-turbo petrol engine delivering almost hot-hatch performance. Sharp, nimble handling, good steering feel and excellent cornering grip are backed up by a well-controlled ride that is firm but certainly not harsh, making it an involving and enjoyable driver’s car under all conditions. A well matched eight-speed automatic keeps the engine working in its most effective range and fuel consumption is relatively low, although it still lags slightly behind the hybrid models.

The 125i M-Sport five-door hatch provides the prestige small car buyer with an enjoyably dynamic, high-quality, well-rounded package for everyday use. Although not the cheapest in its class, the 125i M-Sport boasts a relatively high level of standard equipment for this class and its excellent suite of advanced safety features help it achieve a five-star ANCAP rating.

New car warranty is only a basic three-year cover, which is similar to many others in this class, but well below what many manufacturers are offering in other classes. The other area where the 125i falls a little behind is its relatively high depreciation should you intend to sell the car after five years.