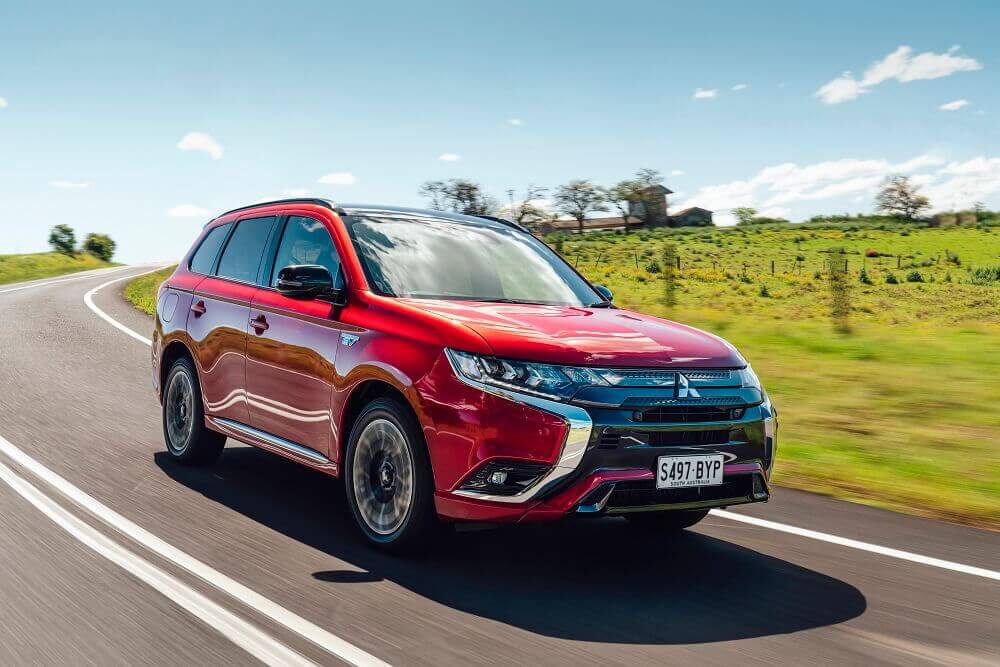 Mitsubishi has released an updated 2021 version of its Outlander Plug-in Hybrid Electric Vehicle (PHEV), adding a sporty GSR variant and equipping all three models in the line-up for the first time with vehicle-to-grid (V2G) capability.

The latest updates relate only to the Outlander PHEV and not the rest of the internal combustion engine (ICE) range and build on the extensive MY20 updates introduced across the Outlander range earlier this year.

This latest update brings with it a rationalisation of the range, meaning the Outlander PHEV is now available in three variants: the base ES which now incorporates new safety technologies previously available on the discontinued ES ADAS variant; the new sporty GSR; and continuation of the upmarket Exceed.

The biggest changes are to be found with the newly introduced Outlander PHEV GSR, which features a Bilstein premium suspension package, designed to deliver sharper handling and a more enjoyable driving experience, according to Mitsubishi.

The company claims the decision to add a sports variant to the Outlander PHEV and not the ICE-powered Outlander is a logical one, given that the PHEV already boasts the most powerful drivetrain in the range, while the underfloor positioning of its drive battery gives it a lower centre of gravity which further aids handling. 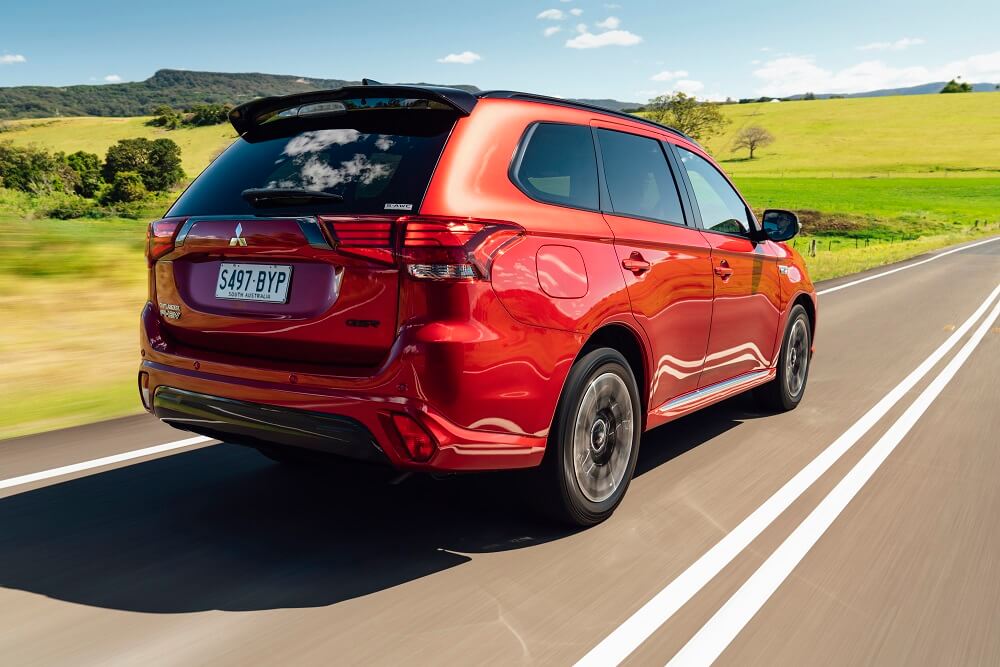 The PHEV utilises the same 2.4-litre four-cylinder petrol engine as the rest of the Outlander range but teams this with a lithium-ion battery and two electric motors, one at each axle, endowing it with the instant, linear torque delivery of a pure electric vehicle.

Other features unique to the GSR include LED headlamps with auto levelling and front fog lamps, black accenting on the shift knob, roof lining and A-pillar trim, and silver stitched armrests, door trims, and steering wheel.

The four-way electrically adjustable driver’s seat also features micro-suede facings and synthetic leather bolsters and there’s an eight-speaker premium audio system and power tailgate to round out the package. 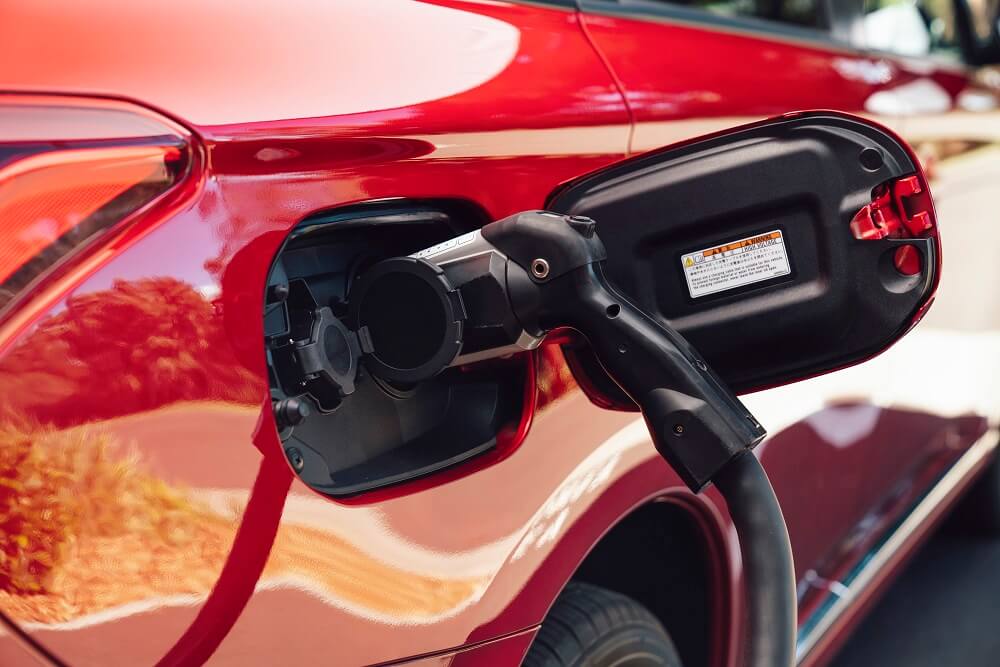 In addition to its 94kW/199Nm 2.4-litre petrol engine, the Outlander PHEV’s sophisticated drivetrain features a 60kW electric motor at the front axle and a 70kW unit at the rear, endowing it with what Mitsubishi labels Super All Wheel Control (S-AWC). The system offers additional traction and handling benefits thanks to the twin electric motors ability to provide instant torque at both axles.

The petrol engine is backed up by an 80kW generator so can operate alternately as a generator to recharge the Outlander’s li-ion battery, and secondly to drive the front wheels directly upon demand.

As a result, the Outlander PHEV can operate in three distinct driving modes.

First, in EV Drive mode with the front and rear electric motors using only energy stored in its battery; second, in Series Hybrid mode where the ICE starts and becomes a generator, recharging the battery on the go; and third as a Parallel Hybrid at speeds above 65km/h, in which the ICE drives the front axle directly through a transaxle, assisted by the front electric motor, with the rear electric motor driving the rear axle.

The system’s combined maximum power output of 157kW is achieved only in Parallel Hybrid mode, but the 332Nm of maximum torque is available in all drive modes.

The system is designed to revert to the most energy-efficient mode (either EV or Series Hybrid) as quickly as possible, so shuffles seamlessly between modes without the need for driver intervention. However, the driver can take more control via the selectable Sport mode, which sharpens steering and throttle response. 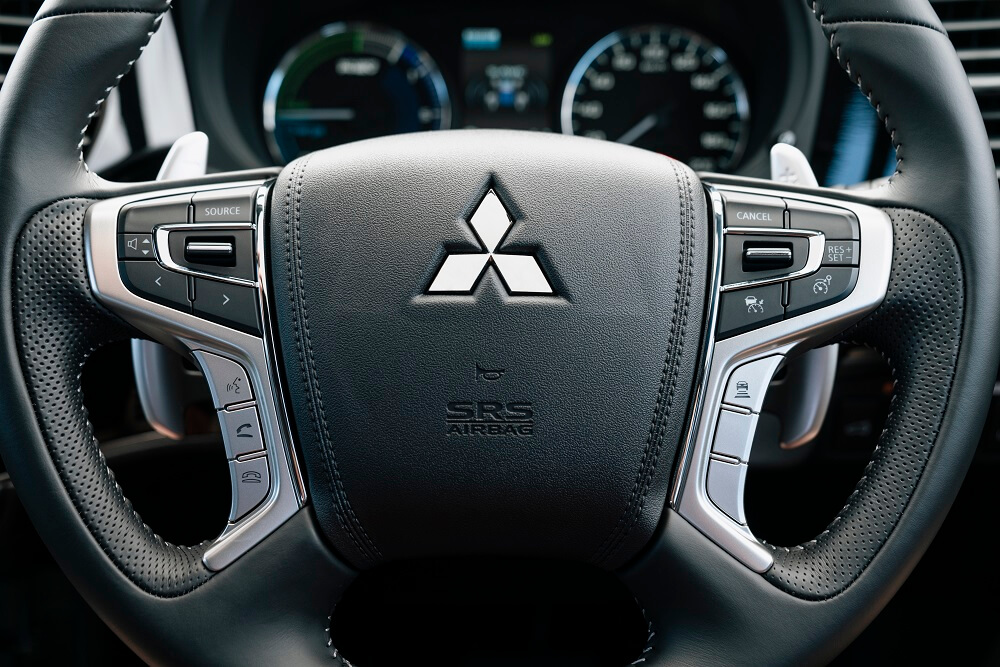 Utilising its 13.8kWh drive battery capacity, the Outlander PHEV has a potential electric driving range up to 54km, which is enough for the daily driving requirements of many Australian families, according to Mitsubishi.

However, one of the key benefits of the PHEV configuration is that, unlike a pure EV, it will continue to operate regardless of the charge state of the battery, so if you leave home with low battery charge the petrol engine will simply work to generate power to charge the battery, while regenerative braking will also do its bit to top-up the battery.

For those who prefer to travel the maximum possible distance on EV-only power, standard charging times for the drive battery are an estimated 6.5 hours using a standard 2.4kW AC household charger, falling to 3.5 hours when using a 3.7kW home wall box or public charging infrastructure, down to 25 minutes for an 80% charge when using an ultra-rapid 50kW DC public charger.

The Outlander PHEV’s bi-directional charging capability has actually been available since 2017, according to Mitsubishi, but hasn’t been highlighted until now as the technology wasn’t able to be utilised in Australia. 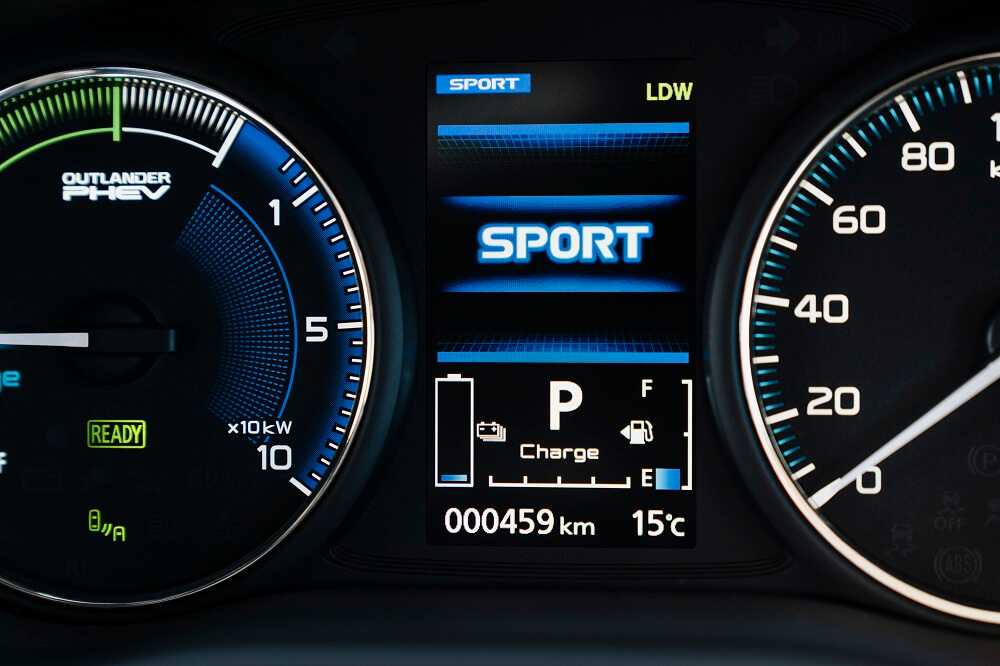 Now, with several different suppliers hoping to offer bi-directional chargers for sale from next year, Mitsubishi says the time is now right to promote the Outlander’s Vehicle-to-Grid (V2G) and Vehicle-to-Home (V2H) capability.

Both V2G and V2H are regarded as crucial next steps in the evolution of plug-in electric vehicles, with V2G enabling vehicles to communicate with the power grid and either return electricity to the grid when required, or modulate their charging rate at times of peak demand.

Alternatively, V2H essentially transforms the Outlander PHEV into a mobile energy solution, meaning you can use the power in the battery to run a home.

For customers with solar panels, for instance, the Outlander PHEVs battery is able to store solar energy during the day, and then use that energy to supply a home’s power needs at night.

The fully electric Nissan Leaf is also available with V2G technology and earlier this year Nissan announced a trial with the ACT government in which 51 Leafs were deployed across the ACT, in a precursor to the customer launch of the technology in Australia later this year.