Meandering along the Mekong

RACQ19/06/2019
Holidays
The life source for the people of Vietnam leaves tourists spellbound. As the plane to Ho Chi Minh City banked to the right in preparation for landing, I was presented with an astonishing panoramic view of the spectacular Mekong Delta, stretching hundreds of kilometres in all directions.

Through these fertile lands runs one of the world’s most incredible creations, the mighty Mekong River. This giant body is a swirling mass of brown water peppered with large clumps of hyacinth plants ripped from the banks by its powerful currents.

Known locally as the Mae Nam Khong (Khong, the mother of water), the Mekong extends more than 4300km from its source high on the Tibetan plateau to the vast delta in Southern Vietnam, where its journey ends as it empties into the South China Sea.

On its southward journey, it passes through China’s Yunnan Province, Myanmar, Laos, Thailand, Cambodia and Vietnam, eventually draining into the South China Sea. To put this into perspective, if this river were in the United States, it would stretch all the way from Los Angeles to New York. 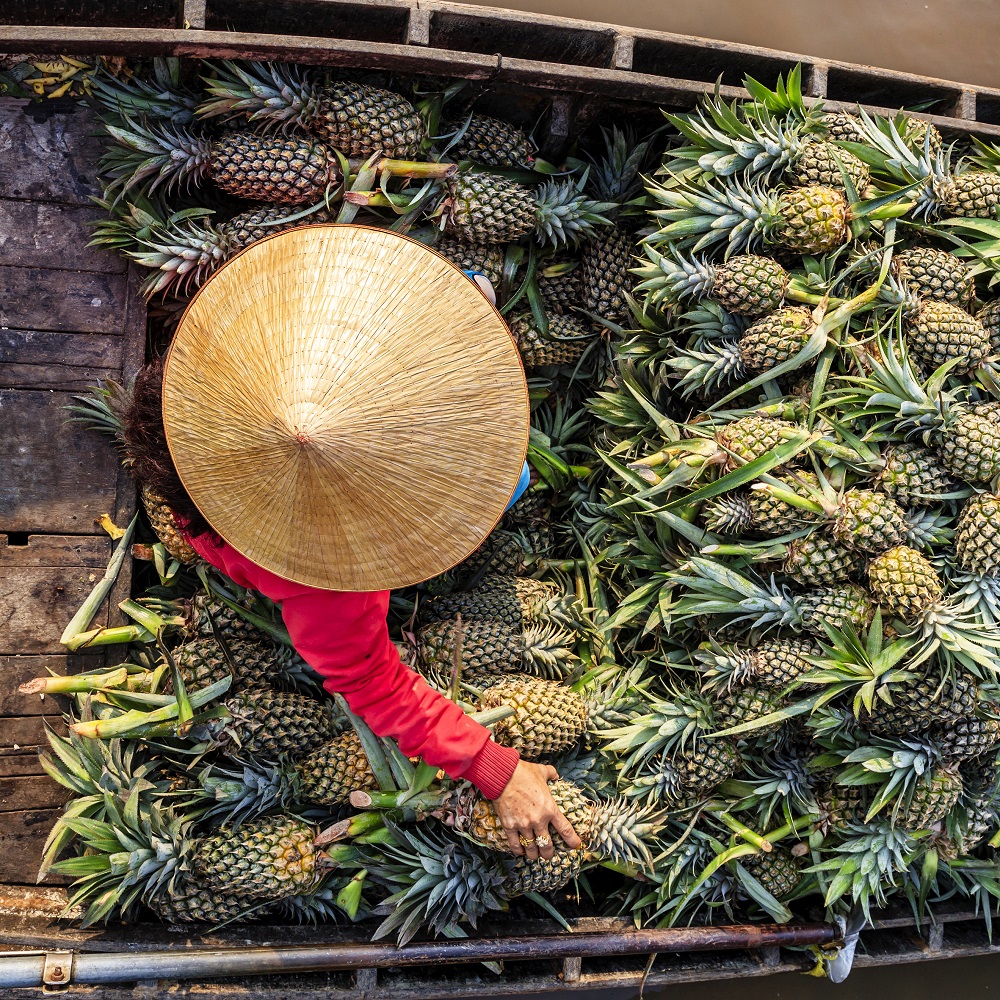 After a few days exploring the throbbing metropolis of Ho Chi Minh, I was collected from the charming colonial Majestic Hotel to take the four-hour road trip to Can-Tho. This bustling river town is one of the main ports for all of the tourist and commercial traffic travelling along this stretch of the river.

Travelling at a sedate six knots, life on the river passed gently by and I was afforded an up close and personal view of fisherman hauling in their catch or conical-hatted women tending to their crops along the fertile banks of this life-giving river.

Our journey took us on a long, looping run via towns with almost unpronounceable names, Vinh-Long, Sa-Dec, Cai-Be and Cao-Lanh before we crossed the border into Cambodia and a straight run to Phnom Penh. 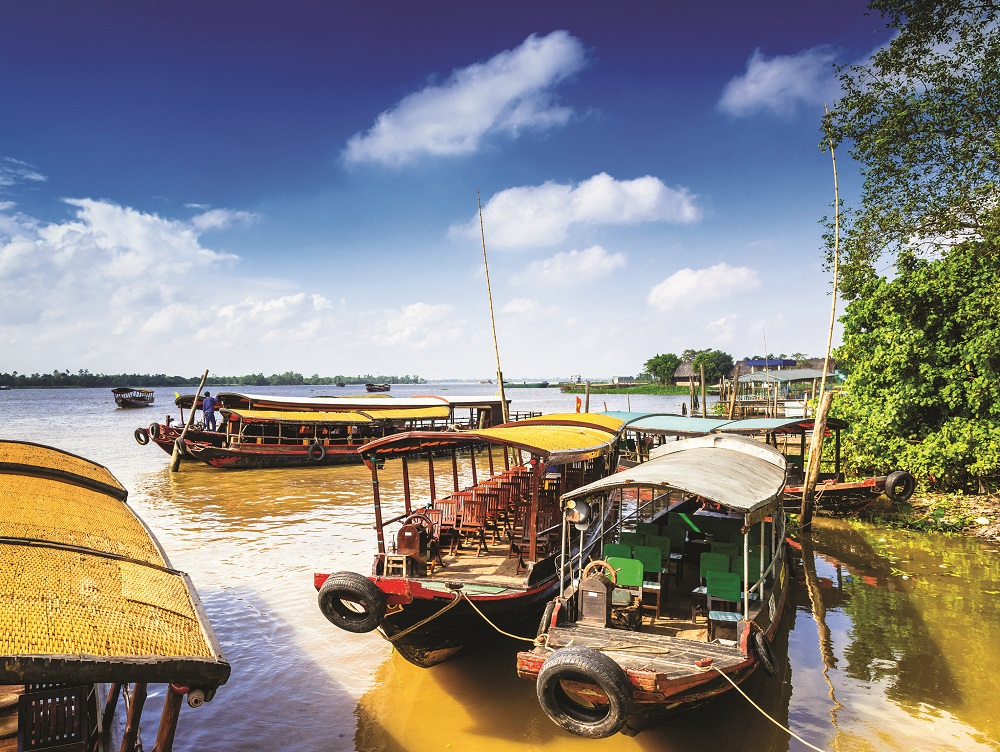 Once we reached the border, we began traversing the Cambodian Mekong which is altogether different to its neighbour. Here the river widens to become a vast body of water and runs in a relatively straight line towards the capital. River traffic on this stretch is light and the hustle and bustle that we witnessed on the Vietnamese side is all but non-existent.

From here on downstream, the terrain is flat and a little featureless. After a few hours or so the skyline of the city comes into view where a swathe of high-rise apartments dominates the skyline. There are so many stretches of this majestic river still to explore and I’m already consulting maps and making plans for my next trip. Discover the heart of Vietnam and Cambodia in style and comfort aboard a boutique river ship with Travelmarvel. Experience the local way of life on shore excursions and sample culinary delights as you cruise between Ho Chi Minh and Siem Reap. Visit RACQ Travel or call 1300 188 713 for details.