How a solar home battery can benefit your home

Home batteries can ensure you have access to solar power at night or during a blackout. One in three Queensland homes now has a solar system but unless they have a battery, solar power can only be used in real time, during the day, when the sun is out.

When a home battery is installed with a solar system, excess power generated from the panels on the roof will charge the battery.

This power can then be used at night when peak electricity prices apply or when it’s cloudy, rather than purchasing power from the grid, helping to further reduce electricity bills.

With the appropriate setup, a battery system can also provide emergency power to the home in the event of a blackout.

According to GEM Energy’s National Sales Manager David Gilles there has been a considerable uptake in Queenslanders buying home batteries in the past 12 months. The number of solar systems sold with batteries increased from five percent to about 40 percent.

“During a power outage the inverters detect the grid is down and all power is automatically supplied from the battery,” Mr Gilles said.

“Your solar panels will continue to supply power to the battery in a blackout, although it won’t export power to the grid.

“When using an emergency power supply (EPS) in a blackout, the battery will send electricity to the essential circuits, for example for lighting and some power points but this can be different for every house.

“It can also be used to keep fridges running to avoid food spoilage, as well as to charge phones so communication channels stay open in the event of a natural disaster.

“Batteries like the Tesla Powerwall 2 have the ability to back up the entire property, although this is not recommended for every home. 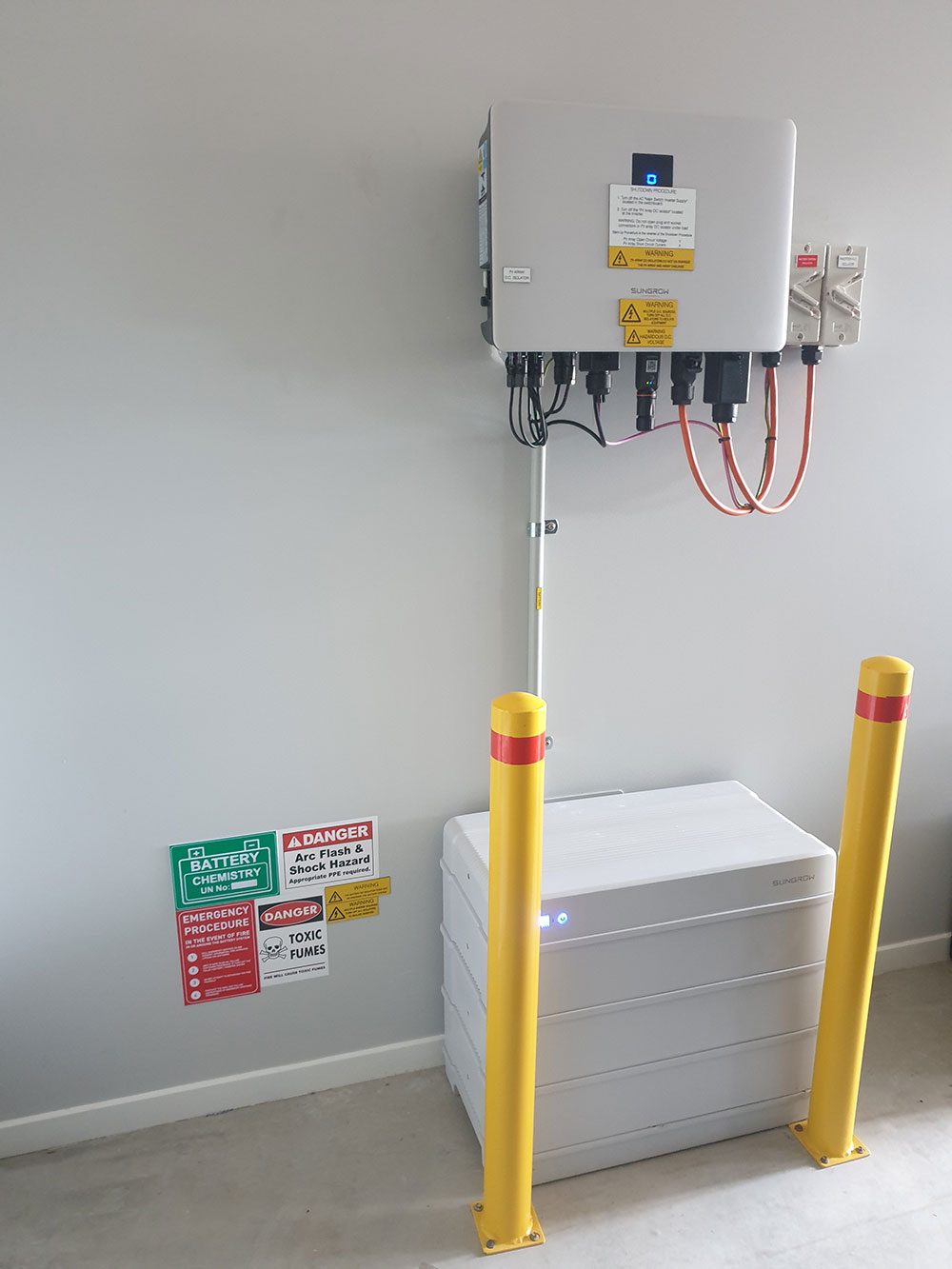 “The number of appliances you can power during the blackout and the length of time you can do this for is dependent on the kilowatts per hour (kWh) each appliance consumes, the size of your battery and the amount of energy you had stored in your battery before the blackout.

“High load appliances like ovens and airconditioners should not be connected to an EPS, so you won’t be able to use them in a blackout.”

It’s important to talk to your solar energy consultant about what you need connected to an emergency power supply.

Mr Gilles said in the event of a flood or fire, it is recommended to shut down the solar system, however if there’s no real threat of flood or fire damage you can continue to use your solar and battery system as normal.

“If your solar panels, battery or inverter have been submerged during severe weather, contact a Clean Energy Council (CEC)-accredited electrician to get your system back up and running,” he said.

“Don’t touch electrical components in any way, including isolators until a CECaccredited electrician has inspected your system.

“If you live in a part of Queensland which can be affected by cyclones, you will also need to have a cyclone-certified solar mounting system.”

Discover how easy it is to solar-power your home